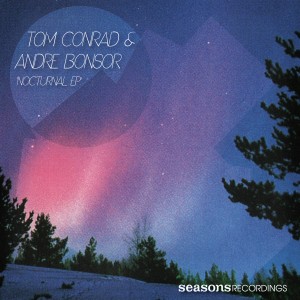 We welcome back Tom Conrad & Andre Bonsor to the Seasons Recordings imprint after their debut EP for us back in April of 2012 titled ‘Life Sound & Space EP’.
This new project titled ‘Nocturnal EP’ picks up where the guys left off with some classic sounding SEASONS RECORDINGS deep house for the soul.
Title track ‘Esoteric’ takes you on a deep space journey through melodic sounds and textures to make any dance floor march. Followed up by the 2nd track on the EP titled ‘After Dark’ which is perfect for an opening or closing tune for any deep house set.