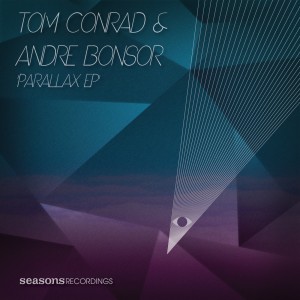 Tom Conrad and Andre Bonsor return with spaced out EP for Seasons Recordings that fuze dubby and soulful textures of deep house.

Conrad and Bonsor have brought that early magic sound of our Seasons Recordings imprint from the early year with a touch of spice to be played on todays dance floors.

If you love the classic SEASONS sound this is one for your collection.