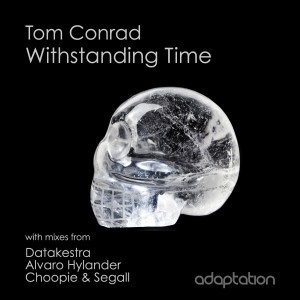 Tom continues the return to his preferred deep house sound with this single following releases on Seasons Recordings, Bonzai Music and DeepWit Recordings coming after several vocal projects in recent years with the likes of Carla Prather, Dawn Tallman & Jaidene Veda. Ever the lynchpin behind both Adaptation Music and its downtempo sister label Cosmic Elements, Tom returns to the world of production with the deep, driving bassline and dreamy melodies of ‘Withstanding Time’.

Top Japanese producer Datakestra returns to Adaptation Music following his ‘Voyager EP’ release and delivers a superb catchy and dancefloor friendly rework of the track. Datakestra has achieved a #1 spot on download site WhatPeoplePlay in recent times with Unknown Season and has released on notable house music imprints King Street and Black Vinyl.

Alvaro Hylander of DeepWit Recordings shows once again why he is one of the most consistent deep house producers and sought after remixers with a stellar remix which is perfect for any late night set.

Completing the package is Tel Aviv based duo Choopie & Segall with a deep and ethereal mix to follow up from their fantastic ‘Visions EP’ released earlier this year. Apart from an extensive discography on their own label Agnosia Records, Choopie has released music on none other than Deep Dish’s Yoshitoshi Recordings and DJ Tiesto’s Black Hole Recordings.